Natasha has a wealth of expertise in her 30 years of agility participation.

Throughout those years she has developed core values and personal skills that are fundamental to the success of her coaching and training delivery in the sport, these include: 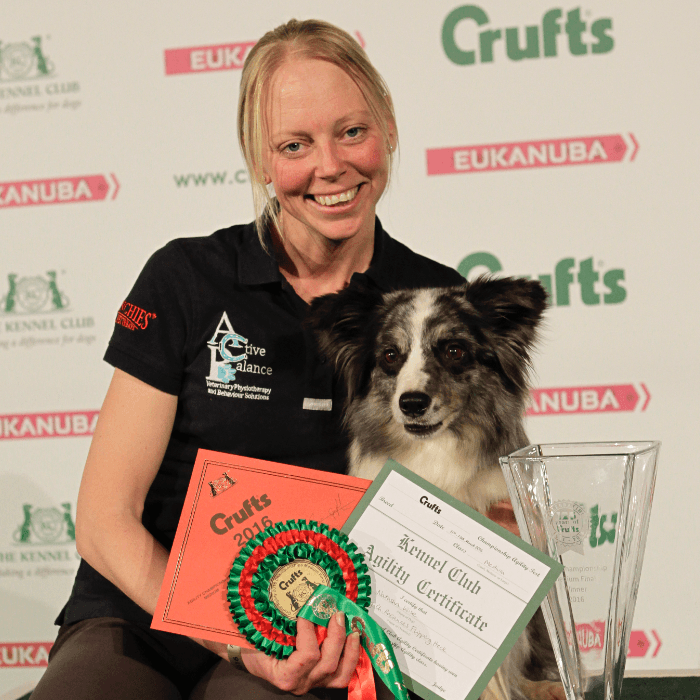 Natasha started her involvement in agility through her sister, Lorna Peachey, as she loved/s being in her company. Although her mum liked having dogs, due to family work commitments Natasha was unable to own a dog and so she was often seen at training helping instructors with equipment moves, or playing with her stuffed pound puppy in the weaves!

Throughout education Natasha always had a keen interest in sport, physical activity and physiology (human body biology). She played in all the school teams and regularly was selected for area and county trials. The focus on education instead of Agility became increasingly more challenging, especially with the success of Ada (Crazy Measy’s Flipping Ada). However, ambition drove her forward.

Further education steered towards this passion for sport and Natasha graduated in 2002 with two degrees BSc Hons Sport Science (Upper Second Class) & MSc Sport Performance (Distinction), in Enhancing and Maintaining Sport Performance. This theoretical input has been applied to her dogs and Agility which evolved Natasha’s ‘treating dogs like athletes’ ethos.

Natasha’s natural ability to coach people was evident when starting to instruct agility classes at Wallingford DTC from the age of 14. Her passion for supporting and developing people to achieve their goals was evident even at this young age. This continued during her education as one of her first employments during university was as a Personal Trainer at David Lloyd Leisure (leading fitness provider). At David Lloyd she delivered personalised coaching as well as group training to members.

Physical activity and preventative medicine then became her focus as she felt she could make a real difference to people’s lives in this area and so started working for Bupa as a Health Advisor. This involved health testing and producing health action plans with clients to improve the client’s current health status. 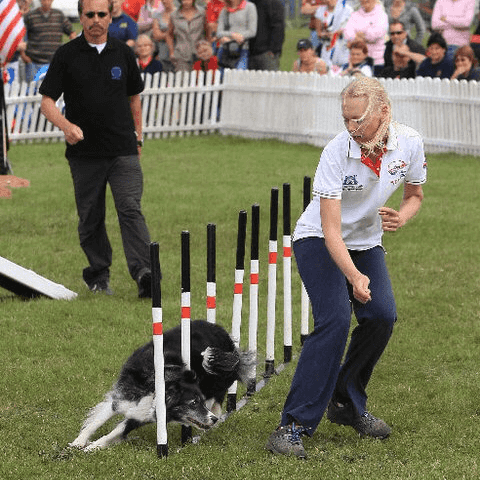 During a short employment time at Bupa, her organisational and leadership skills were evident, and management positions within the company arose. Natasha became Clinical Team Leader, Admin Team Leader and Centre Manager in one of the largest Health Assessment Centres in London. This career path supported her passion for customer service and delivery of excellence in all she does.

During the 12 years of further education and employment, the demand for her to share her skills in Agility continued to grow. As a result she often would deliver regular training events nationally and internationally to individuals and clubs. She enjoyed and enjoys applying skills learnt in life, education and employment to the Agility setting. In 2009 whilst in full time employment with Bupa, Natasha and Dizzy were crowned as Great Britain’s first Agility World Champions. A remarkable achievement especially as Natasha was working a 55 hour week at the time, for Bupa.

Natasha had ambitions within Bupa for a certain position, which she achieved. Unfortunately as the company drove for efficiency with a reduction in costs, the 55 hour week away from home and leaving the dogs for this time didn’t mirror her life ambitions. Therefore in 2012 she made the brave decision to move into full time agility coaching and draw upon the skills and expertise she has to enhance others. 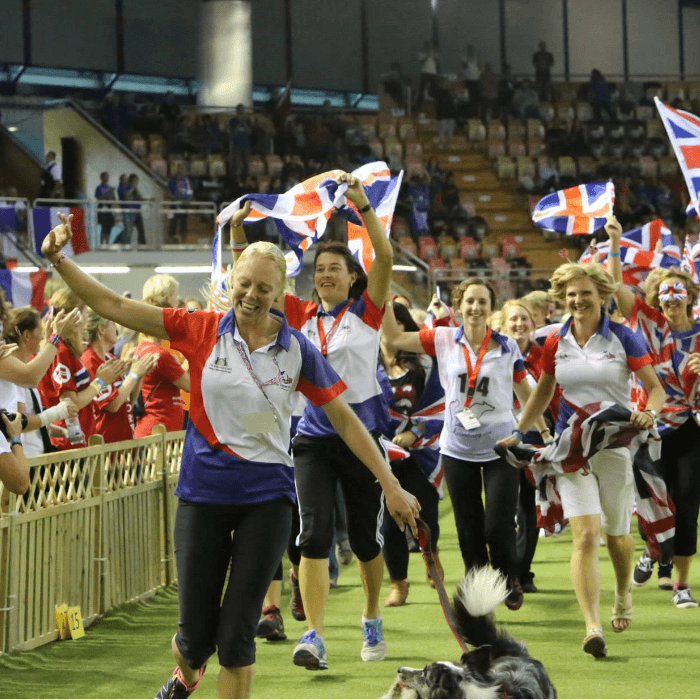 As a Full-Time Agility Coach...

Natasha believes that learning and development should never stop throughout life. When taking the step into full time agility training and following the tragic accident of Blaze (see here), Natasha studied the Level 3 Certificate in Small Animal Hydrotherapy. During this qualification Natasha learnt a contrasting style of dog handling, from her natural ability to get the dogs to be very motivated, to a more therapeutic style of handling. The cross over between human and canine muscle physiology was also studied. This enhanced Natasha’s knowledge of canine movement techniques which in turn optimised performance of the dogs she owns and those she coaches.

In 2012, Natasha was invited to be a member of The Kennel Club’s Activities Health & Welfare Sub Group as a subject matter expert, this is due to Natasha’s understanding of Sport Science Research and her approach to the sport and her dogs. Natasha is content with the progress made by this group given the restrictions on funding, ethics and challenges it faces. However with the groups recent publications and findings, more funding might be sourced to develop research in Dog Agility further to better the sport.

A new Agility Team GB Manager was appointed by The Kennel Club in late 2012, Mark Laker. Natasha was invited by Mark to be part of his new coaching team with the aim to develop the UK’s finest agility competitors and handlers. Natasha and Dizzy’s international performances for speed and consistency throughout 2008 – 2012 stood out significantly within the nation. Mark asked Natasha to be part of the new Coaching team to share her skills, approach and experience to develop handlers in the UK become future World Champions. Many of the concepts have been utilised and adapted within the current squad and team setup to support successful GB competitors to achieve great things at the prestigious international agility events.

Natasha’s full time agility coaching continues to be her professional focus as she delivers personal training, group training, camps in addition to the national / international seminars. 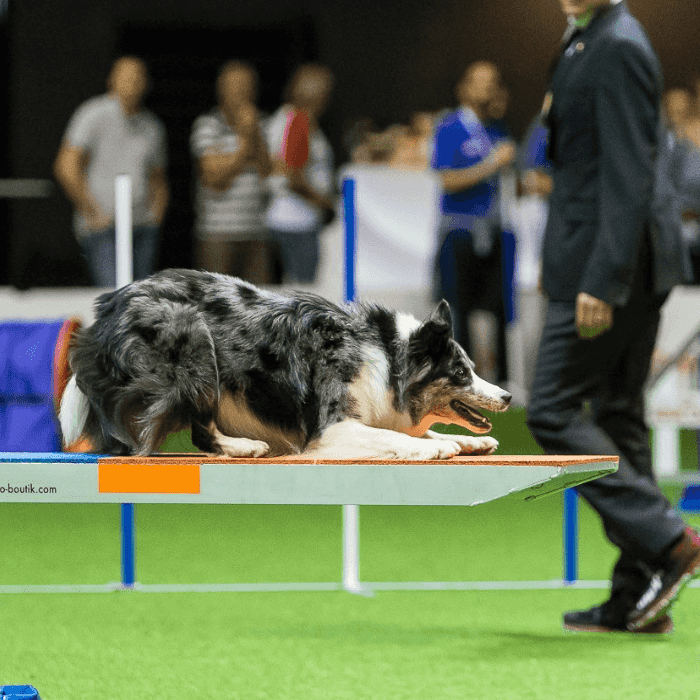 "I have found my dream job, bringing together my passion for dogs and sport. Encompassed with my core values of service delivery, satisfaction and helping people achieve their dreams and ambitions with their best friends, Agility Coaching is my perfect job." 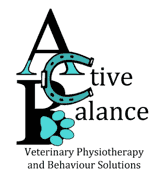 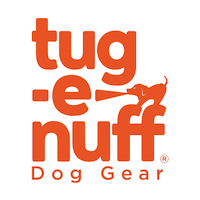